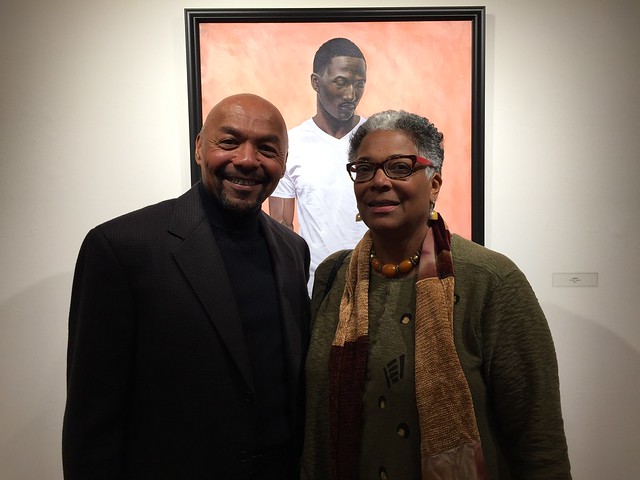 The exhibit is up and running. I had a great time engaging the students, faculty, and staff during the reception and I believe it was well received. One of the models was in attendance and it was good to see him again.

The highlight of the evening for me had to be meeting the daughter of a former athletic director and coach from my alma mater. I told her stories of her dad disciplining me on the ice skating rink durin our summer youth sports program. I grew up to later include his portrait in a poster contest promoting  a basketball tournament.

https://dailynorthwestern.com/2018/02/14/lateststories/dittmar-exhibit-challenges-stereotypes-black-men/
Posted by Unknown at 5:18 AM No comments:

Northwestern will be seeing Black men 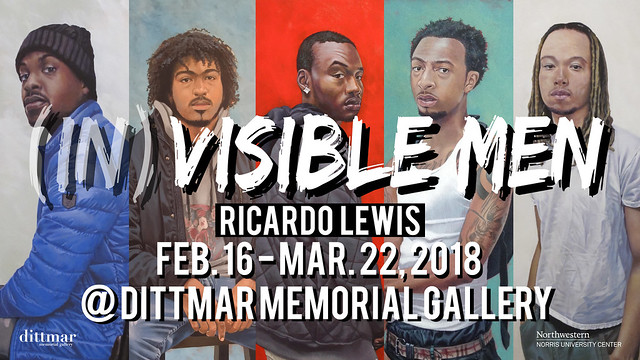 The staff at Dittmar did a wonderful job with this marketing for the exhibit next week. I love how they combined the men. The gaze is amazing. I can’t wait to see all the paintings hanging at once.
Posted by Unknown at 8:03 PM 1 comment: 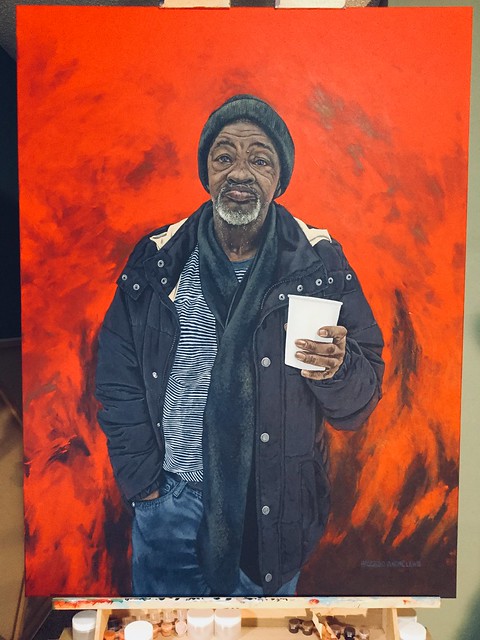 Tyrone is completed. This is probably the rare time when he will be truly visible. The painting was completed in less than three weeks. I really wanted this completed for the exhibit at Northwestern.

It will also transition my focus from Black men to senior citizens. After a short break I will begin Irene and Dennis.
Posted by Unknown at 7:59 PM No comments: 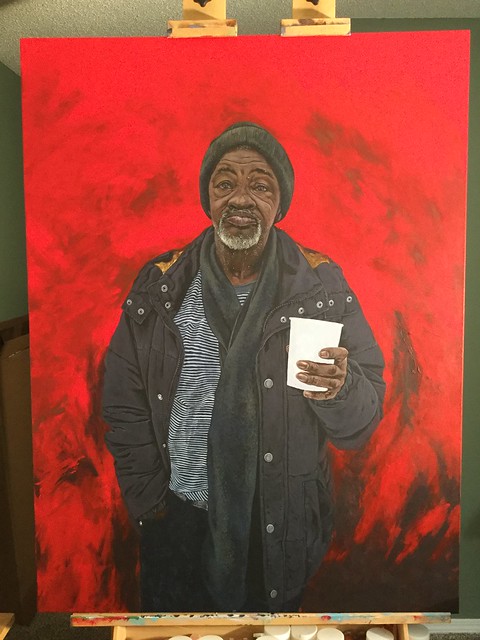 Tyrone is nearing completion. All that remains is his pants and hood lining. This was one of the most challenging painting of the series. Not because of painting technique but because of his narrative and having to stare into his eyes. Of all the men in the series he is probably the most “invisible.”

I learned Tyrone’s story as I was assisting him with an online job application. He never had an email account or worked with computers and was trying to apply for jobs as a dishwasher. As we were setting up his email account I discovered he did not own a smartphone either. He will never read this blog page.

Tyrone grew up in Chicago. He dropped out of school in the seventh grade. He shared with me that he was arrested and went to prison for a gun possession. He has a felony conviction on his record. The lack of an education and a criminal record has prevented him from accessing many of the things we take for granted.

As I bring Tyrone into view it is easy to reflect on how one wrong choice can take a person down his path. This could have been me.

When the viewer looks very close into his bloodshot eyes, they will see their self reflected back.
Posted by Unknown at 5:59 AM No comments: