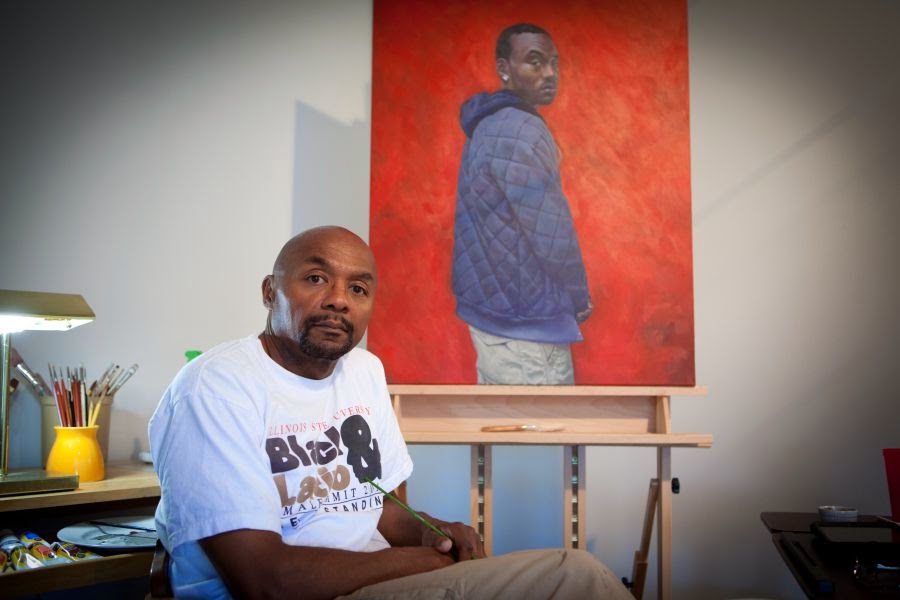 I'm overwhelmed with the show of support for my write-up in the University's STATEside alumni magazine. I was initially surprised with the writer contacted me to request an interview and his visit to my studio made the validation of me as an artist real. What began as a slow ease back into painting has been accelerated by output and growing interest in my project.  The online article can be found at
http://stories.illinoisstate.edu/magazine/illinois-state/state-side/isu-associate-dean-paints-whats-beneath-stereotype/
Posted by Unknown at 12:36 PM No comments: 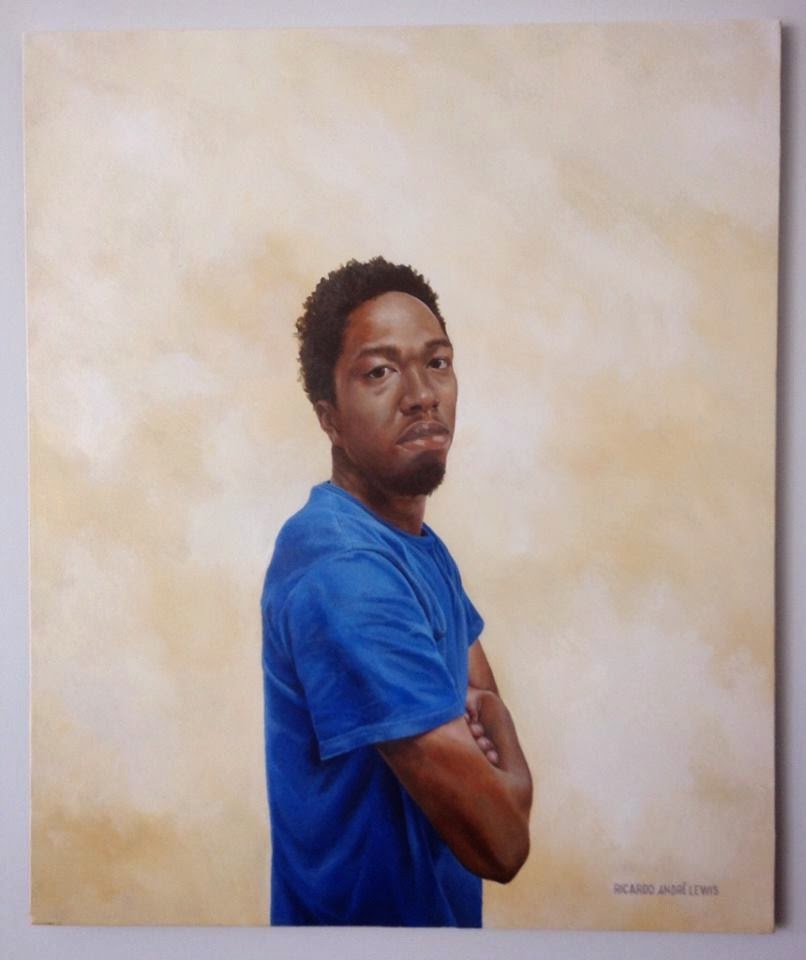 I remember standing in front of paint tubes at Michaels petrified at the thought of returning to painting after 19 years. I knew I had to silence the voice in my head because painting was my first passion and retirement was looming in my future.


I'd worked for the University for more than 28 years. In October 2012 I was sketching just to see if I could draw. I copied drawings from books of the sketchbooks of da Vinci and Michelangelo. It felt natural to be drawing again. It would still be nine months before I'd attempt to paint.

During the summer of 2013 I began to assemble a studio of furniture, canvas panels, and paint tubes. I chose colors I'd never used based on the suggestions from color mixing books I'd purchased earlier. I continuously told myself I was investing in my future.

Sam was a student I'd known since his freshman year. I witnessed his maturity as an awkward first year student to his confidence as a graduating senior. When I asked him to pose for a portrait he eagerly accommodated me without questioning my intentions or ability.
Posted by Unknown at 7:43 AM No comments: